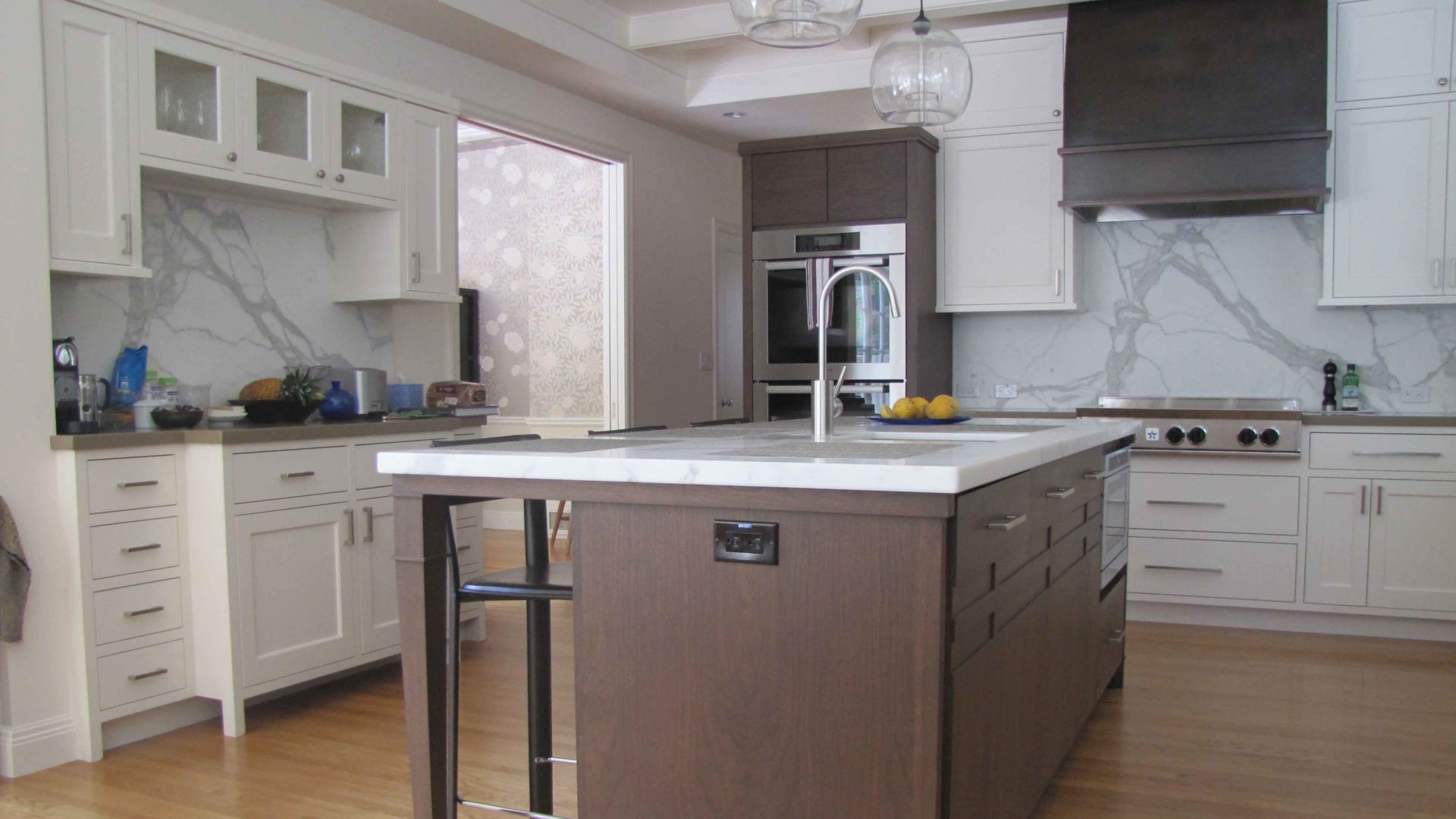 Diary of a Blitz

This is the original text of an article I wrote about my first experience with Habitat for Humanity, the 30/30,000 Blitz Build in Americus, Georgia, in 1993. I submitted it to Fine Homebuilding Magazine for their Great Moments In Building History column and it was published in March 1995, Issue 93. 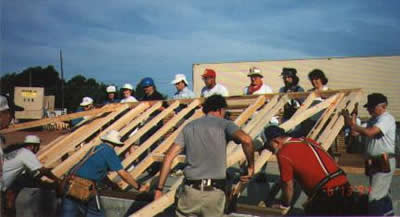 I’m sitting at my desk reading the latest issue of Fine Homebuilding magazine, when the bold print of an ad catches my eye. “DO YOU LIKE A CHALLENGE?“, it queries. (Well, yeah, sort of…) I read on. Habitat for Humanity is planning to build thirty houses in one week at each of two separate sites. (No way!…Yes, way!) That’s thirty homes in Americus, GA in June and another thirty in Eagle Butte, SD in July, 1994. Volunteers needed! Call for more information. I call.

I arrive home from my current project, a nice kitchen remodel in a North Oakland bungalow. I’m a little stressed because I have to get the job ready for sheetrock and a lot of stuff ordered before leaving for Americus on Saturday. Once I arrive there, thankfully, someone else has to do all the thinking and planning while I just swing my hammer. It’ll be a nice break.

Entering my office I see my answering machine flashing its announcement that somebody thinks I’m important. I press the playback button in anticipation. It’s the Construction Director from Habitat for Humanity. “Hi Dave, this is Ted. Due to a last minute cancellation we are in dire need of a House Leader here in Americus next week. Would you mind taking that position? Thanks.”

So here’s the deal: Each house is assigned about 25 people. These are split up into four crews, each with an assigned crew leader. The four crew leaders report to the house leader, who is basically the project manager for that house.

Build a house in five days? Sure, no problem. Do it all the time. So much for that break.

I’m sitting in the gymnasium at Georgia Southwestern in Americus with about 1300 other volunteers, people from all over the country and some from even farther. It’s an inspiring turnout. These people have expended lots of effort and expense to be here, to accomplish something good.

After introductions and welcomes by the Habitat staff, we break up into the crews for our respective houses. After three days notice, I am the leader for house number 24. Hi crew. My name is Dave. I’m your house leader and I don’t really have a clue…or even a set of plans for that matter. I can tell that I’ve already won their confidence and respect. The motivation and leadership skills are oozing from my pores… or maybe it’s just that southern humidity.

It’s dinner time. I meet another contractor from California who is also a first time Habitat house leader. He tells me that he has four other contractors as crew leaders, as well as several others with varying degrees of experience. Wait a minute!… I have one carpenter, an ex-drywall taper, a couple of folks that have done someHabitat work, about 20 really eager volunteers and one pretty clueless house leader. It’s going to be a long week!

Our goals today: frame walls, roll roof trusses, sheath walls and roof and roll out roof felt (about two and a half weeks worth of work, by my estimation). Each day has a set of critical tasks to accomplish to enable sub-contractors to come in and get their work done during the night. Tonight the electricians and plumbers will be here to rough-in.

I’m not quite keeping the pace up with my framing crews, and by early afternoon it’s apparent that we’re falling behind. Fortunately, reinforcements are sent to help out. Help comes from crews that are on or ahead of schedule (imagine that!) and some folks that just run around assisting those in need (like us). Even with the extra hands, a few of us are still on the roof well into the night trying to get the sheathing done. Well, it’s not quite going to happen tonight, but at least it won’t hold up the subs. It’s 11:00pm, let’s go home.

Plumbing and electrical are roughed in. I have a crew working on the roof, one on siding and a couple on drywall, which is today’s critical task. The tapers will be here tonight.

Again, by early afternoon, it’s getting to be about time to panic. The other crews come in to help hang rock. Extra hands come from all around to help hang rock. We now have 30-35 bodies in an 1100 square foot house hanging sheetrock. Did I mention the heat and humidity? We’re out by 9:30 tonight; we must be getting faster.

My crew is awesome. Whatever these men and women lack in experience is made up for in enthusiasm. We are all here with one goal in mind: Let’s get this house built!

The logistics of this project, as one might suspect, are astounding! …I’m sorry…that adjective fails to describe the scene. I’m tempted to use “unimaginable”, but someone dared to imagine, and here we are.

Five days. We built a house. It’s not quite 100% done, but what project is? A little more paint, some landscaping and a good clean up. Veronica, her Mother and her three children have a place of their own to call home. So do 29 other low-income families.

Habitat for Humanity called it the 30/30,000 Blitz Build. The goal of the project was to build 30 new homes, among them their 30,000th house worldwide. Impressive by any measure. These houses, however, are not given away. Each homeowner family invests “sweat equity” hours into the construction of their home or other Habitat houses, and receives a no profit, interest free loan to purchase their home. The 30/30,000 is Habitat’s most ambitious project to date. This truly is a “results oriented” organization.

I learned a lot this week. I’ve never really considered myself much of a leader, and at the outset, I wasn’t. By the end of the week, though, I was beginning to learn. Good leadership requires confidence, thoughtful decisions, the ability to listen to those being led and the ability to motivate. I have a little more of all of these now than I had a week ago.

I have just, without a doubt, had one of the hardest work weeks of my life. I traveled across the country, worked somewhere between 70 and 75 hours in five days, sweated away five or ten pounds and I paid them to let me do it. Me and more than 1300 others. Would I do it again?… You bet!